This Saturday I went out for drinks for a good friend’s birthday. As is kinda normal for me, I chose not to drink alcohol.

I enjoy a glass of wine (in fact I have one sitting beside me right now). I enjoy a beer, or a bacardi, or baileys, or even a whisky on occasion. But when it comes to going out with friends, I usually chose not to drink. At family functions it is usually the same. I know why this is my choice but I have had the “but don’t you want to have a drink?” conversation so many times now I got to thinking that maybe my “logical” reasons aren’t so logical to other people. (The difference in logic from person to person is another post for another day)

Here are my main reasons.

I used to joke that whenever I drank the alcohol came straight back out via the tear ducts. I have a theory that it I have a faulty over-flow valve…

So, in my head, this all makes perfect sense. To my friends and family at times I am a control freak and need to let my hair down more, but personally, I think I am a lot more fun sober.

The night out I am talking about this time was a shorter night out but it was so much fun! It involved the wearing of a top hat and a fez. There were times when both these hats were worn at the same time! That is a story that only makes sense if you were there (and not even then if we’re all honest). There is now talk of a random hat party in the future. I am going to attempt to crochet a top hat for whenever that happens. Thank you for inviting me, see you again soon! 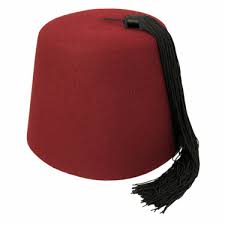 Ok, so, the rest of this week, it wasn’t all about the nights out and funny hats. This was week two of self employment. I added a new college to the mix (as previously mentioned). This college is Edinburgh based and I accidentally stepped back in time. Ok, that was a weird way of putting it but I really had a moment where it was 2005, I was living in Edinburgh and working for Shanks during my uni work placement year.

To explain, the college building I am working in part of the time is two doors down from where I worked at Shanks. I worked there as an analyst in a solvent recovery plant. That meant climbing up road tankers to take samples, it meant hard hat, safety boots, lab coat and fluorescent vest. The student is studying bricklaying which means hard hat, safety boots and fluorescent vest. So many memories of that time came back.

The 6 months of 2004 I spent there were horrible, my boss was mean to the extent that my hair was falling out in clumps. The 6 months of 2005 I spent there a shift happened, I could see the end, it was temporary and I started to feel stronger. That 6 months really shaped me. So many good things happened (I met who I describe as the love of my life for example). When the proximity and clothing came together to send me back in time it was 2005 I went to.

I couldn’t be so close and not do a little visit. Wow, I was suddenly quite emotional (what else is new?!). It was like we’d never been there. Carrie and I had never danced around the lab to crap on the radio. Steven and I hadn’t laughed about all the ways we hated our boss. Rosalia hadn’t been driven around on top of a tanker because the driver hadn’t seen her go up. I knew that shortly after I left the plant was closed and the land sold off supposedly to build flats. I had no idea that after all the storage tanks and the building were torn down it would be left to rot. Words can’t explain as well as a picture.

I was sad for a moment. Then I remembered how many times I couldn’t wait to leave there! Me of then longed to see the place gone. It is sad, but I had good times there too and those memories stay. It is nice to look back, smile and realise how I’ve grown in those 7 years.

Work with the other student is getting better too. We had a few hiccups in the first week but he’s starting to trust me a bit more now, slowly but surely.

This post was longer than I intended so thank you if you’ve stayed with me this long.

p.s. One thing I noticed while going through my pictures looking for appropriate pictures for this post is for a nearly non-drinker (one who for an experiment didn’t drink for nearly a full year by the way) I have a LOT of pictures of drinks, or of me drinking drinks while pulling a variety of weird and wonderful faces. Shots in particular appear in my photo album rather a lot, so I will leave you with one last alcoholic image… TEQUILA!!